Arizona is a treasure trove of history and interesting stories.  If only the landscape could speak.  In this case… it does.  Sheep’s Crossing is one of those special historic places that few know about.

It’s just north of Phoenix outside of Bloody Basin, down a long 3-hour rough dirt road.  There are multiple ways to get there, and all long and arduous.   At the end of the road though, one is rewarded with this historic moment of time. 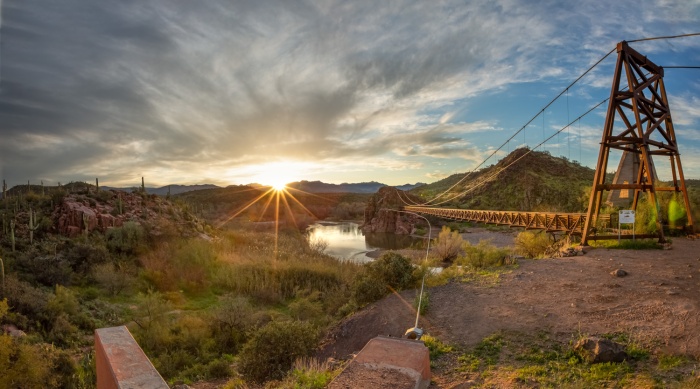 The Flagstaff Sheep Company used to graze sheep in this area around Verde River under a permit from the Forest Service as far back as 1926.  As sheep herders would move sheep during summer and winter months, they would invariably lose sheep down the swift river. 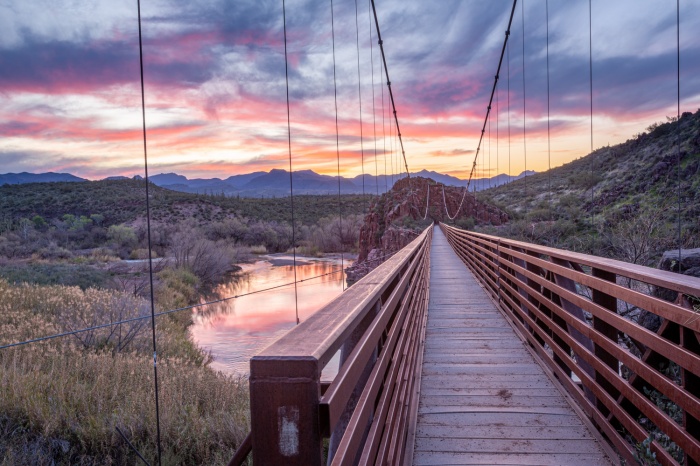 During WWII, in 1943, they built a bridge across the Verde.  The bridge is 3′ wide and spans nearly 500′.  Using salvaged materials and erected with hand tools and a few mule, it is one of the last remaining suspension bridges in AZ. 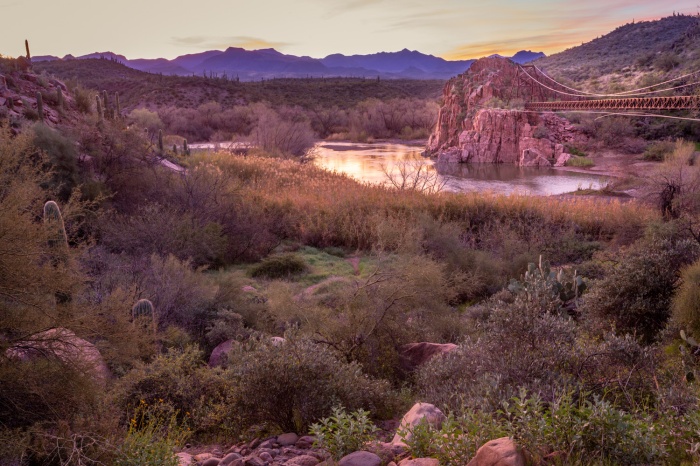 It was entered into the National Register of Historic Places in 1978 and was used from 1944 through 1979.  Some 11,000 sheep would be moved across this bridge twice a year. 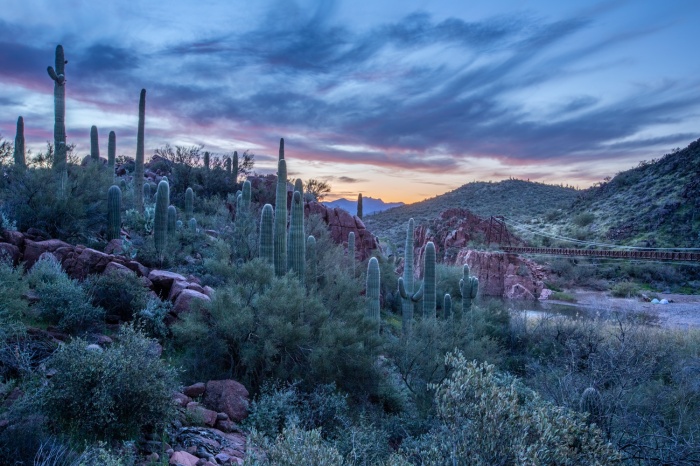 In 1988 the bridge was disassembled due to years of use, floods, and weathered over time.  It was re-built in 1989 as a testament to the pioneering sheepmen and ranching that existed in old Arizona. 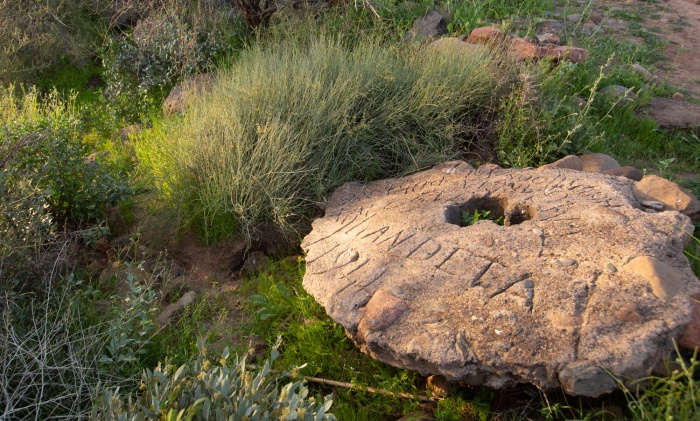