We were just talking about how we would love to see some different animals.   It’s not that I don’t love our deer and elk, but it would be nice to expand my wildlife photos.  Fortunately these turkey were very accommodating. 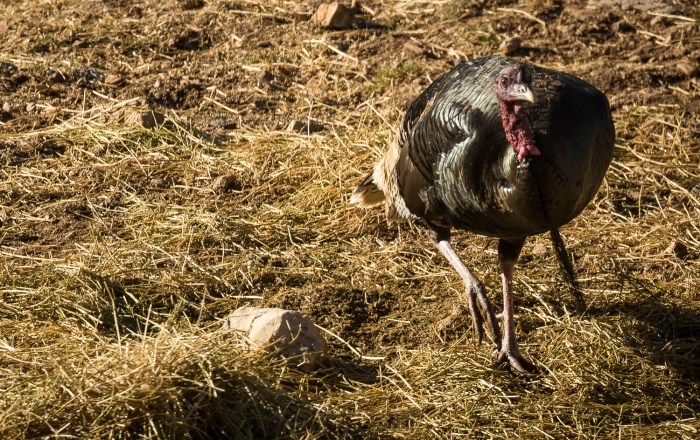 Turkey are generally very elusive.  I don’t know how many times we have spotted them and I trekked over the forest trying to chase them down, and never saw them again.  Now that I think about it, that sounds pretty silly.

These turkey (we saw 2), were most likely males.  You can see what looks like a tuft of elk hair sticking out of their chest, called a beard, which means they were probably males.  Although, oddly, about 10% of females also have the beards.  They also had blue cheeks and a dark almost metallic chest which are other indicators of a male.

Most turkey found in AZ are Merriam turkeys.  However, these were the largest turkey’s I have ever seen… most we see are much scrawnier.  A Gould turkey is more rare as they became mostly extinct and are only slowly making a comeback in AZ, NM, and Mexico.  The Gould turkey is slightly larger than the Merriam turkey, and has white tipped tail feathers, which these have.

Whichever variety they were, I has thrilled to have the opportunity to photograph them.

I have read a lot of Photography books in the last few years.  When I started reading that a photographer has to choose what type of photographer he/she wants to be, I resisted.  Photography is photography…right?  It’s the technical aspect of choosing the right aperture / shutter speed combination, and lighting… and the artful aspect of style and composition.  What one shoots could be anything.

Yet, in the last few years as I have attempted to perfect my images, I have to finally agree that one does migrate toward certain styles and formats.  For some it may be wedding photos or portraits.  For me, it is clear… it’s landscapes and wildlife.

So as I build a Best of 2016 for landscapes, I have to also look to my wildlife photographs for a ‘Best of’ collection.

This past year we have traveled far and wide through the U.S., so my photography has been on the go, and not in blinds or frequenting the same wildlife habitats.  Instead it has been more happenstance of what wildlife we might have seen in our travels.   So this ‘Best of’ is more a collection of different types of animals with it’s wide variety, than a collection of best composed animal stories.

So here are my Best Animal Photos of 2016 with a focus on different animals we have gotten to see this year. 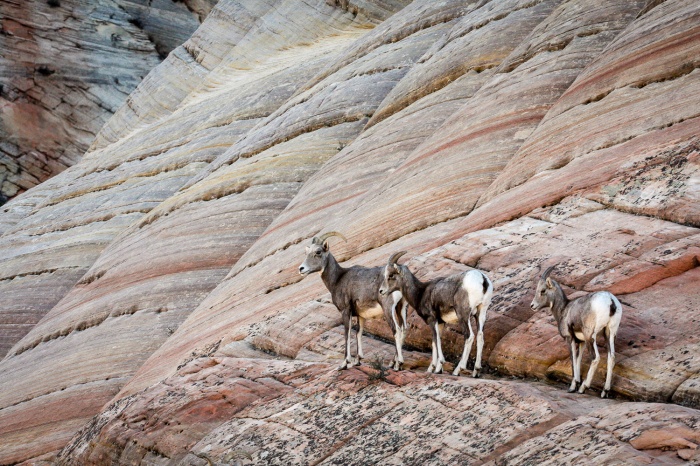 2.  Big horn sheep close-up in Zion National Park    We saw these sheep watching the world go by in November (2016).  There wasn’t a lot of traffic or cars in the park this late in the year, so these ram were just hanging out watching cars go by. 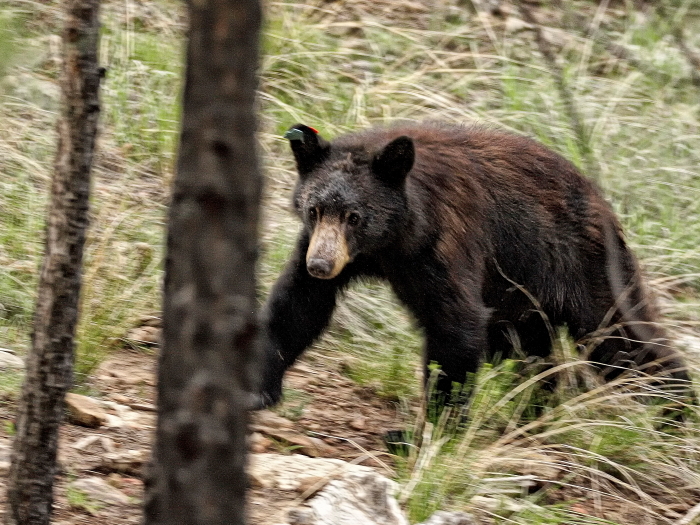 3.  Black bear in our front yard!    I can’t believe we saw a black bear out our window while having dinner!  I had to wait for it to get off the front deck eating out of our bird feeder before I could pursue it to get this photo.  It was about 5:30pm and the sun was just waining.  Easily the most thrilling animal sighting of the year for me. 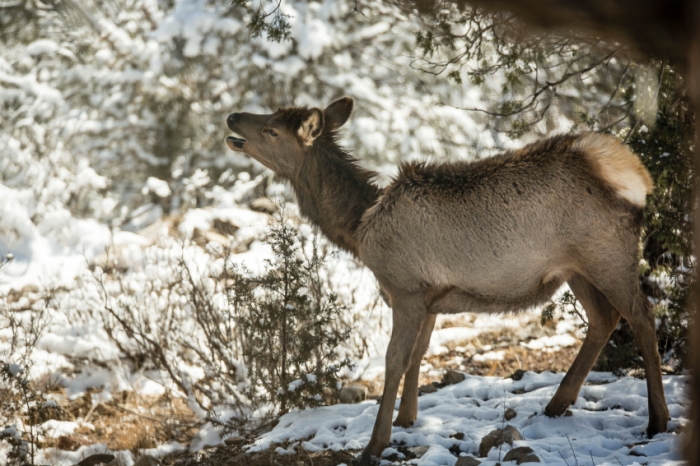 4. Elk in Happy Jack, AZ    It’s not uncommon for us to see elk where we live.  But this bugling baby was a treat as he bugled to his mom in the snow.

5. Elk call  Speaking of bugling elk… I caught this mom hollering about something out in the woods. 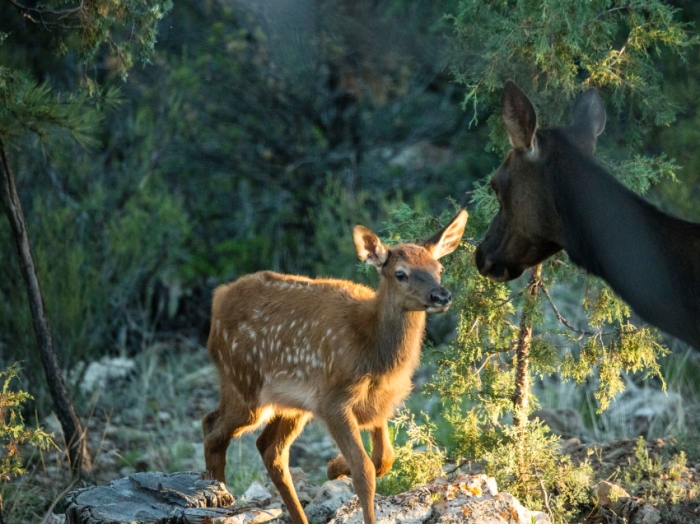 6.  Elk mom & babe  It’s always a treat to see the new born elk with their spots.  It doesn’t happen often, but when we do, it is a thrill.  The new moms are always so watchful of their playful and energetic new borns.

7. Elk in the Middle.    It’s fun when we get a group of elk, as you can see the different ages and sizes and interaction with the elk siblings, cousins, moms, and gatherings.

8.  Newborn Elk    I could do a Top 10 on Elk alone.. but I have to move on to different animals.  I had to include this one though, as this little babe still had wobbly legs and was just too precious to not include. 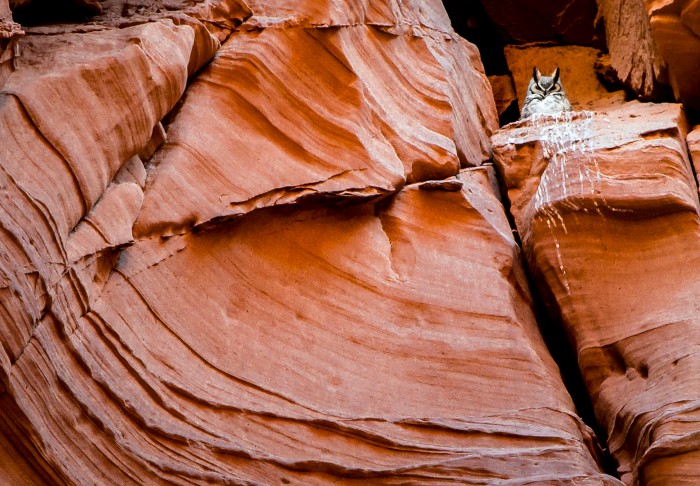 9.  Canyon Owl    I love owls, but rarely see them.  I’m lucky if I see one a year.  We saw this guy carefully watching us from his little perch along the canyon walls outside of Canyon X in Page, AZ

10.  Puffin Wave    While I’m on birds, I have to include this awesome puffin we saw in Englishtown, Nova Scotia. 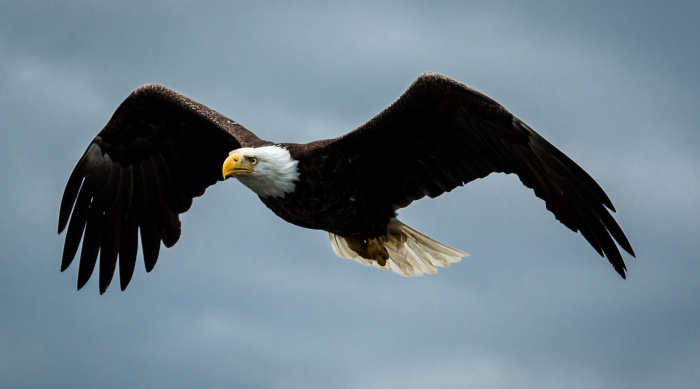 11. Eagle Flight    I would have been happier if this eagle had a fish in his mouth… but nonetheless, it’s a close up eagle in flight, so it goes to the diversity of animals (in this case birds) we saw in 2016.

12.  Gobble gobble.    I don’t know about you, but it’s not everyday you see wild turkey.  I have never seen one in gobbler mode strutting his stuff…. but I’m happy with any opportunity to photograph a turkey in the wild.

.    13.  Chippies.    Moving on to little animals, I caught these two little chipmunk ‘talking’ to each other.  If this photo had sound you would hear the chirping the one on the right was making.  She saw me and stood there with her foot up and just chirped incessantly until this other little chipmunk came up to see what all the ruckus was about. 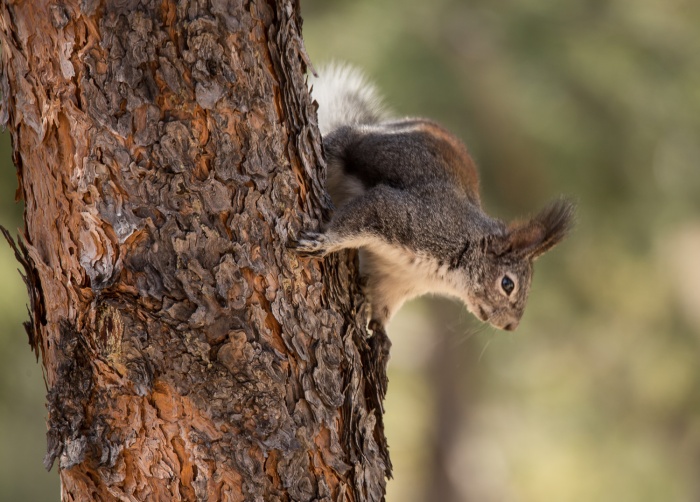 14.  Tufted Ear Squirrel.    I love these cool squirrels with their tufted pointy ears.  I really like the texture of this tree bark against the furry critter and blurred wooded background.

15.  Tufts in Flight.  Then there is this guy caught in flight mid air jaunting across the rocks looking for just the right pine cone to nibble on.

16. Porcupine Scowl.    I’m not sure how many porcupine’s I have ever seen… but I caught this fella scowling at me on an overlook in Northern California.  He was not too happy that I was in his face with a camera.  I took his portrait and backed off and left him in peace as he wasn’t nearly as happy to see me as I was him. 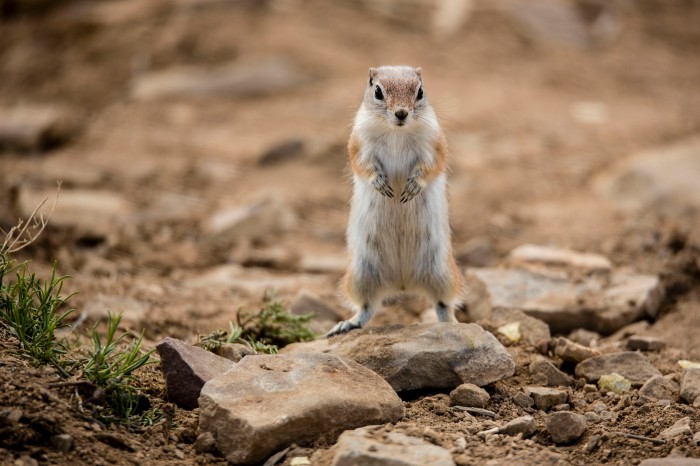 17.  Ground squirrel pose.    We stopped at an overlook in Utah outside of Lake Powell for lunch.  This little guy wanted hand outs in the worst way.  He was a riot to watch because he didn’t want to get too close, but he really wanted a nibble.  What a curious fellow he was.  We tipped him for his entertainment, took his photo for posterity and went on our way.  We left him an apple core that was about as big as he was.  He dragged it off like the coveted prize, but not before he posed for us and flitted about trying to get our attention. 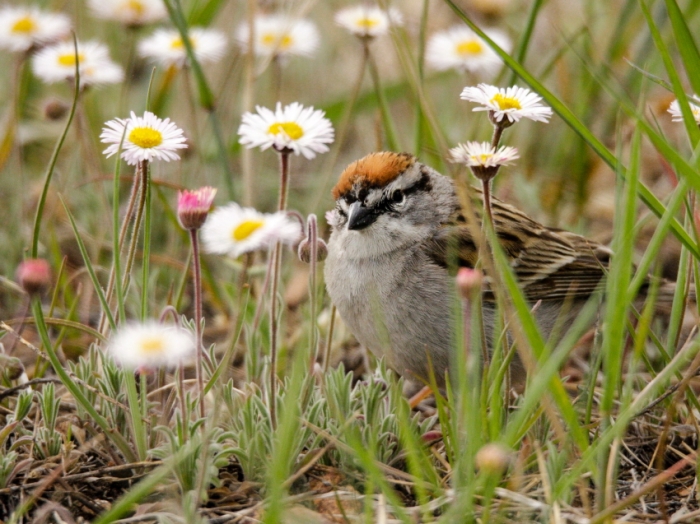 18. Hiding among the Daisies.  This little bird was digging up bugs amongst a field of daisies.  He squatted down as if I couldn’t see me.  Can’t hide from my camera, little guy.

20.  Ram Alert.    We saw this young ram munching on these trees on the White Rim road within Canyonlands National Park.  The road was thrilling all by itself, but made more fun seeing this guy along the way.

I could go on and on, as I have a ton of animal photos, many of which are contained within this blog as I take them…. but these are some of my favorites for the year.  We got to see a wide variety of interesting and fun animals throughout the year in our far and wide travels.  I count myself lucky for each and every animal portrait, capturing their moods and feelings at that point in time, and the ability to be able to share.

Thanks for stopping by…. again, as before, feel free to pick your favorites. 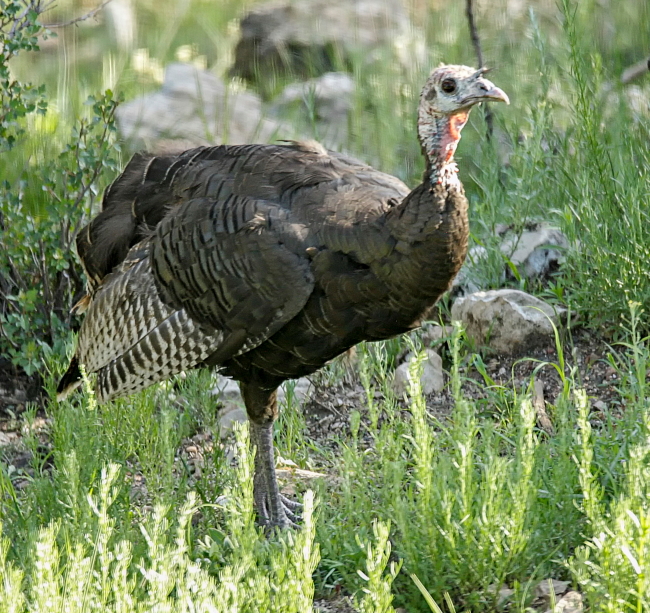 No, it’s not Thanksgiving… just turkey passing through.

We had 3 of them munching their way across our neighborhood.  Gotta love it! 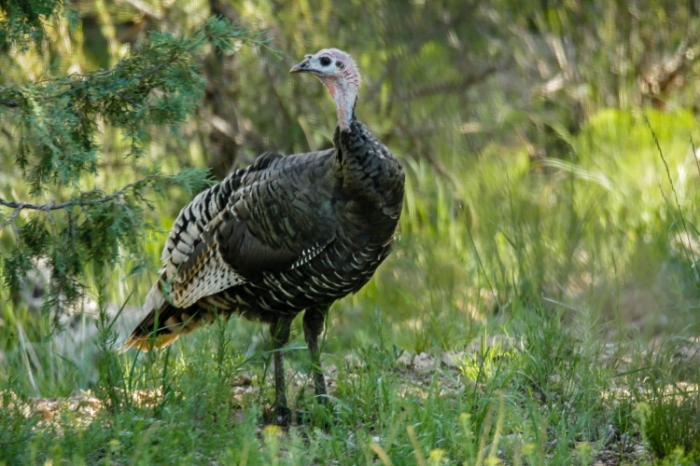 We get a little bit of everything here.  Yesterday, we saw this little family of turkey’s strutting their stuff.  They were pretty elusive and spooky birds.  These were Merriam turkey’s, popular in northern AZ ponderosa pines.  We don’t see many, so it was pretty cool to see them fluffing their feathers and teaching their little ones.